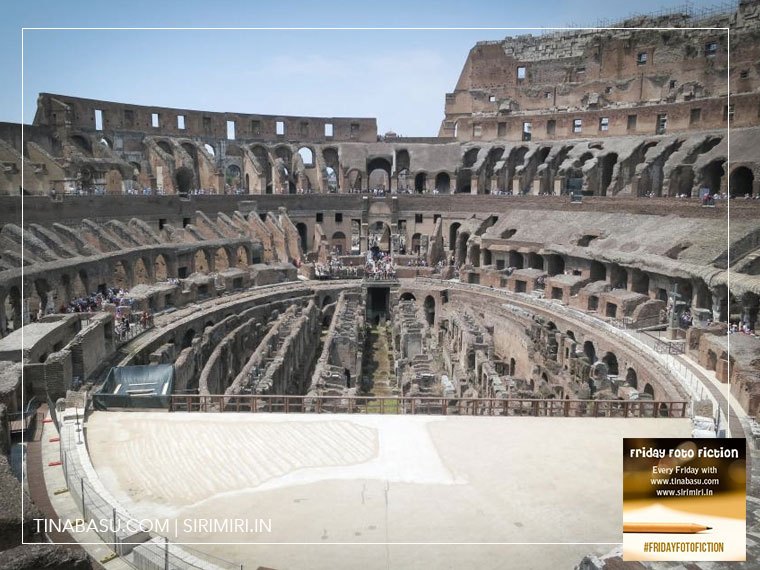 Vani was finally at her dream destination. She could hear them, hear the cheer, hear the applause. She closed her eyes and breathed in heavily. Vani wanted to take as much as she can from here.

This ruined arena was once a most desired venue for some great artists across the globe. The day Vani heard about its renovation, the dream of performing here became her only aim.

That fateful fever. Which left but took her hearing power. She saw her life, her dream crumble like a house of cards. Bereft of hearing her own voice, music could now only be seen, touched, and smelled, but never heard.

But, today, standing at the amphitheater, Vani could hear everything.

—————————————————————————-
I saw a video on Facebook of I think America’s Got Talent where a girl who was left deaf in her teenage years owing to a deadly fever, sang fantabulously beautiful. She left me in tears. I dedicate this post to her. And to every person who might have gotten bitter experiences from life but never lost faith and their willpower.

I marvel at the dedication and determination of these people to achieve their dreams and defeat what destiny has in store for them. I salute them for what they do with what little they have.

A mother and a travel enthusiast, I love speed and am proud of my driving skills. In my free time I love reading, writing, and sometimes doing nothing. I try to live every moment and believe in living young despite the age. View all posts by rashi mital

18 Comments on “The Fate #FridayFotoFiction”

Get New Posts In Your Mailbox